Members are advised a SPECIAL GENERAL MEETING will be held on the 4th May 2020 relating to the authorisation for the committee to proceed with the new green program.   Voting will be via email.  More information will be forthcoming within the next week.

Members are advised, based on the directive from Bowls Australia – see below BowlsSA Update, all pennant and social bowls, along with any social function held at the club or elsewhere are to be either cancelled or postponed. The directive has been endorsed by our Club’s Executive Committee.

This means our planned EOS Presentation Dinner this Saturday has been postponed until further notice.

A decision on the AGM will be considered in due course.

HBA had made a decision tonight (16/3/2020) at the Executive Meeting that ALL bowls will be postponed for 2 weeks because of the uncertainty of the Coronavirus.  Therefore NO Wednesday, Thursday or Saturday games until further notice.  HBA are waiting for a directive from Bowls SA and details will be posted when the outcome has been received.

The situation with Corona Virus is changing rapidly and as such keeping up to date with the news and advice is difficult. What is clear is that we all have a responsibility to take this disease seriously and to maintain good personal hygiene and a degree of social isolation. This will assist with limiting THE RATE OF SPREAD of the disease. By limiting the rate, we give the health system here in Australia a better chance of coping with the impact.

The committee has determined that anyone who has recently returned from overseas or who has flu-like symptoms will NOT be permitted to enter the club until 14 days have passed since their return and the symptoms have passed.

You are encouraged to maintain some social isolation and, above all else to WASH YOUR HANDS properly.

At this stage the committee has no plans to alter our proposed program. If such a decision is made, this website will be updated as soon as possible.

Rhonda took no chances with Pat when travelling with her!!

The Hahndorf Bowling Club held a Bush Fire Appeal Fundraiser “Caberet” on the 15th of February.  The night started with Evan Heath busking at the front door with his homemade set of drums made from poly piping, painted purple and blue.  He amused the band of merry musicians who were setting up and they were very impressed with his music skills and encouraged to keep going as a future musician.  Rob Scott (whom we approached to do the “gig”)  through word of mouth kept the night entertained with a variety of musicians from jazz to toe-tapping and dancing music.  Rob did an amazing job and we are very thankful for his effort in sorting out the music.  The bands paid for their drinks and did not charge for their entertainment.

Donations came forth for the raffle without canvasing and this made an excellent money raiser for the evening.

People were entertained with trying to get their $2 coin closest to the Baileys and Whisky, which again proved to be a great money-spinner.

Everyone had a great night, lots of laughter, dancing and a few sore heads the next day. We asked the people at the functions where they would like the money to be distributed and the majority went with local CFS.

This money will be distributed to 8 CFS in the local district.

A huge thank you to everyone who donated and volunteered their time to make this a wonderful evening.   It was just an idea that grew and I am ever thankful to my family and friends for their help but especially to everyone that donated and came to the night to make it such a great success.

Editors Note: A huge thank you to Val for her enthusiasm and work in making this project such a success.  Well done and congratulations Val from our Club members and the other Hills Clubs involved.

Members are advised that our Annual General Meeting will be held on:

Members are urged to attend as we will be voting for or against a NEW green.

If you are unable to attend please fill out a “Form of appointment of proxy” which will be on the notice board on Wednesday, and hand to our Secretary.  Your vote will be confidential.

We also have Executive and Committee members vacancies.  The Nomination form will be on the notice board for your consideration.

Menu and attendance list now on the Club Notice Board.

We look forward to an excellent social evening.

Members were treated to some great bowls when watching the Championship games at the Club yesterday (Saturday).

In the Women’s pairs, although the scores did not reflect the game, Val Deeble and Di Bateman made Sue Maddern and Shelly Howe work for their win.

The Men’s singles final went down to the wire with Richard Crocker holding his nerve coming back from nine shots down to draw level with Dave Greggo at 23 all.  Richard’s first bowl drew to the jack and Dave drew close and Richard added another at the jack.  Dave attempted a running shot collecting the jack but was unable to reduce the number and Richard maintained his two shots to take out the game 25-23.

The Women’s singles final was just as exciting.  Sue Maddern gained the upper hand early leading by as much as ten shots but Val Deeble regained her composure and twice edged ahead in the closing stages.  With the score at 21-20 in Val’s favour, Sue edged past for a 25-21 win.

The Men’s pairs of Jamie Burt and Roger Mableson against Barry Rimmer and Greg Miller was close in the early ends but Burt and Mableson gained the ascendency and moved away for a comfortable win.

Club members, Felicia and Richard celebrated thier engagement with a luncheon at The Barker Hotel, Mt Barker on Sunday afternoon.  They were surrounded by family, friends and many Club bowlers, all who enjoyed the occasion.

We wish them well and a great future together. 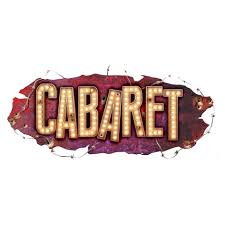 Members are requested to support the planned Bushfire Relief Cabaret at our Club and being organised by Val Deeble and her team.  At this stage there is seating for 140 and bookings have exceeded 110.  Tables of 4, 6 or 8 with opportunity for singles or couples being placed to ensure they enjoy the evening.

The band is made up of a range of musicians and singers who have donated their time for this worthy cause.

A raffle will be conducted during the night and any person wishing to donate any item/s please see Val.

The cost for the night is $15.00 per person and you are requested to bring a plate to cover supper.

Come along, enjoy good company and raise our support for those locally affected by the bushfires.

Members are advised the Club’s End Of Season Presentation Dinner will be held on Saturday 21st March 2020 at the Three Gums Bistro similar to last season’s dinner.

Further information closer to the date.

The postponed Wednesday Pennant Games due to excessive heat have been rescheduled to 4th and 11th March respectively. Please note these new dates.